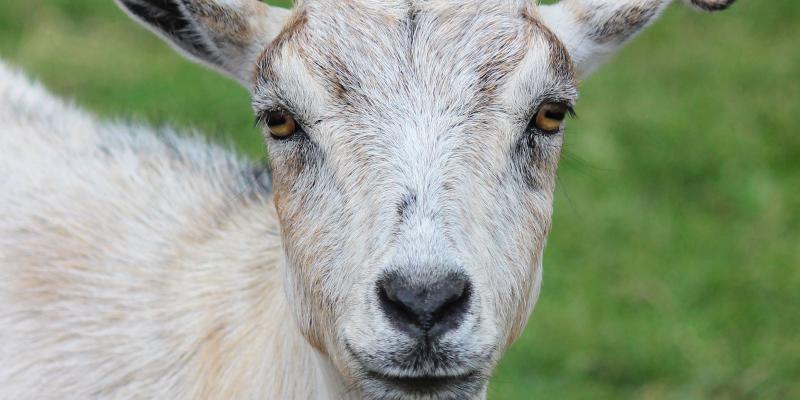 An example of what goats are used for when it comes to RTT in NZ.

When thinking of animals used in labs mice, rats and rabbits come to mind most often. In NZ though about half the animals used are livestock – mostly cattle and sheep. Goats aren’t what most people imagine are used. In Ruakura, on the outskirts of Hamilton, goats are being genetically modified to produce human proteins in their milk.

In late 2014 AgResearch released some photos of these goats to NZAVS after we made an Official Information Act (OIA) request for any photos of their animal housing. All the photos on this page are from AgResearch as part of their response to our OIA request.

In 2014, at the time we asked, AgResearch held 241 goats at their facility, 66 of which were classified as transgenic.1 In 2010 they were granted approval to add human DNA to goats, sheep and cows for 20 years.2 The aim of this research is to produce goats that lactate human proteins in their milk. These proteins could then sold to the pharmaceutical industry. The baby goats you see here are nothing but machines for making human proteins to AgResearch.

As well as goats AgResearch is carrying out similar research on cattle (over 300 animals held as of 2014) and they also have thousands of mice and rats being used for research. The information here is just a snippet of what we had released to us from AgResearch and the other places that got the same request.