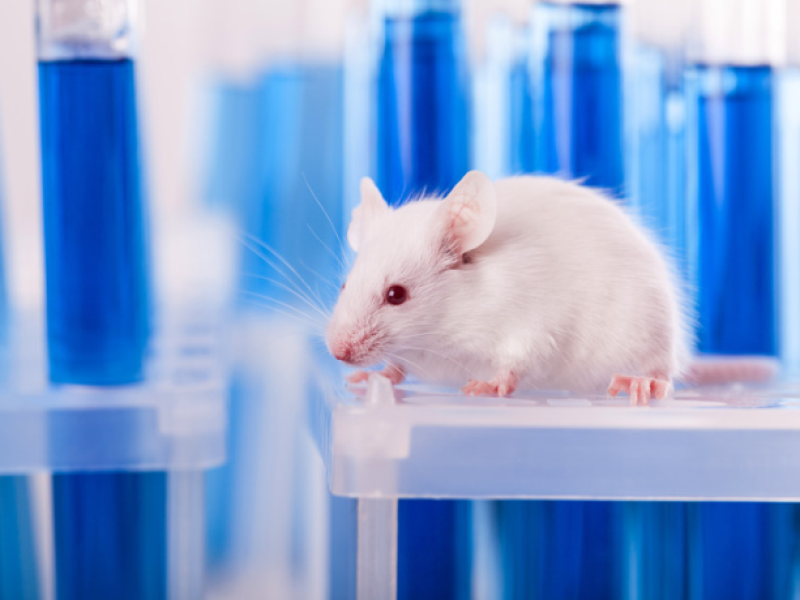 In September 2013 NZAVS discovered evidence that the notorious LD50 test had recently been performed out at an unnamed New Zealand university. This was a disturbing development as this was the first indication of it ever being done here in New Zealand.

An Official Information Act (OIA) request was sent to every university in the country asking if their Animal Ethics Committee had given approvals for the LD50 test in the last five years and if it had been carried out.

Auckland, Otago, Massey, and Victoria all replied very quickly with the clear answer of "NO" to both questions. Lincoln and Waikato said they would reply in due course and Canterbury didn't respond immediately.

The last to respond, and well past the 20 working days required by the Act (without explaining the delay), was Lincoln University. Lincoln's Vice-Chancellor replied refusing to answer the questions put to them.

They felt that to provide any information on animal experiments would endanger the safety of their staff. A bizarre response that is their standard reply to any OIA requests to do with animal use for research, testing or teaching, and something we are looking into and following up on. Such a response also rightly leads people to wonder what exactly is going on there that they are so convinced will inspire violent reactions from members of the public.

Canterbury University also replied after the deadline but with an explanation. Their Animal Ethics Committee (AEC) representative confirmed they have not given any approvals for the LD50 test. What they also added was that they had discussed the LD50 at their last meeting and that their view was that the LD50 test didn't conform to the 3Rs of animal testing (reduce, refine, replace) as other more informative tests are available.

As following the 3Rs is in the purposes of the part of the Animal Welfare Act governing animal experiments this means they felt the LD50 test should not be permitted under that legislation. The other response and the most interesting one was from the University of Waikato and confirmed the LD50 test had been carried here. Three times within the last five years their AEC approved the LD50 test and twice it was carried out.

A description that condemns the test from someone that defends and conducts animal-based research gives an indication of the low regard the test is held in.  In the words of Professor Sir Peter Gluckman, Chief Science Advisor to the New Zealand Prime Minister:

"It's an ancient test used for killing where you test the toxicity of a drug by raising the dose in rats until 50% of them had died from that dose. That test hasn't ever been performed in New Zealand as far as we can ascertain, there were alternatives that were developed a long time ago."

Taken from his submission to the Primary Production select committee made in 1991 in response to the 100,000 strong 1989 NZAVS petition to abolish vivisection.

This submission was made in his then role as spokesperson for the Health Research Council. He considered the LD50 test "ancient" when speaking in 1991! It's unbelievable that a test considered outdated decades ago is getting approvals to be performed here.

The LD50 test is condemned by all sides of the animal testing debate as invalid as well as cruel. Yet Waikato University has approved its use on three occasions, regardless of the fact the OECD no longer accepts data from LD50 tests as it is worthless.

The fact that the LD50 test is still being carried out here highlights the failures of the system governing animal experiments. The self-regulating ethics committee process set up by the animal researchers and enshrined in law was doomed to failure from the start, protecting neither scientific interests nor animal safety.

This example where one ethics committee saw fit to approve the LD50 test three times, while another said it was not compatible with the purposes of the Animal Welfare Act shows that. It is generally accepted that the LD50 test has never been carried out in NZ and University of Canterbury Professor of Toxicology Ian Shaw stated last year that "such tests are not carried out any more", He should have added - except at the taxpayer-funded Waikato University.

The LD50 test involves forcing increased doses of a chemical into a set number of laboratory animals until half of them die. These photographs show animals being force-fed, which is one way it can be done. This method for the LD50 test is banned in the UK; however, it is likely how it was done at the University of Waikato.