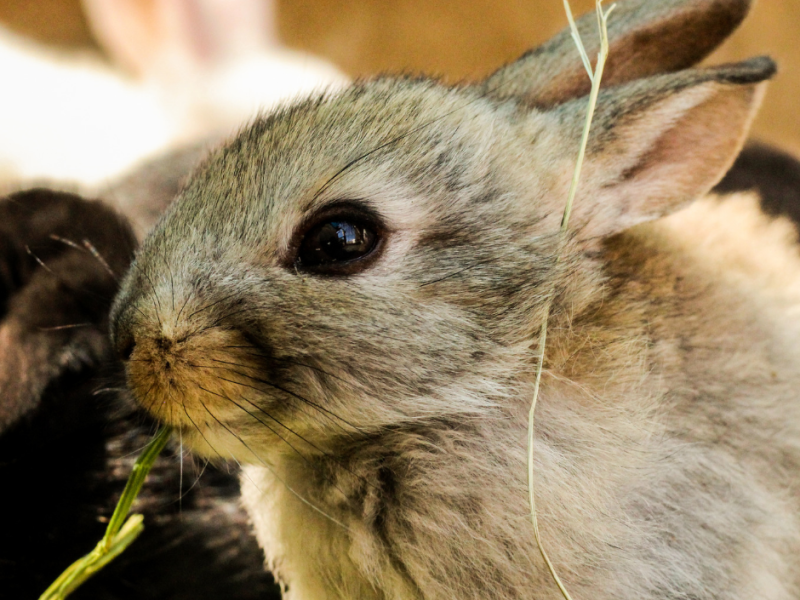 Irene's support follows hot on the heels of similar moves in Australia, where the #BeCrueltyFree team joined cross-party Senators last week in welcoming a Senate motion in support of a cosmetics cruelty ban in Australia. Such testing has already been banned throughout the European Union, Israel and India.

World-renowned Kiwi netball champion, Irene Van Dyk, has given her backing to the #BeCrueltyFree New Zealand campaign for a ban on cruel and outdated animal testing for cosmetics such as mascara, shampoo and anti-wrinkle cream. Irene, who represented New Zealand for 14 years before retiring in June this year, and who still plays for the Central Pulse in the ANZ Championship premier netball league, says animals are one of her off-court passions.

"Animals can't speak up for themselves, so I'm proud to use my voice on their behalf," says Irene. "Rabbits, guinea pigs and other defenceless creatures endure terrible eye, skin and oral poisoning tests for our vanity products, and it's time we said enough is enough."

The #BeCrueltyFree campaign is achieving amazing things around the world, with cosmetics cruelty outlawed in thirty-one countries so far. But it's still legal here in New Zealand, and I for one think that's unacceptable. So I'm urging our government to score a goal for animals, do the right thing and ban cosmetics animal testing so that New Zealand can #BeCrueltyFree too."

The #Be CrueltyFree New Zealand campaign wants to introduce a national ban on cruel cosmetics animal testing through revision of the Animal Welfare Act currently going through Parliament. Kiwis can urge politicians to support it by sending them an e-card. We already have strong support from the Green Party and Labour, but the Government is lagging behind and really needs to pay attention to the public mood on this issue.

As well as those countries that have already banned cosmetics animal testing, there are Bills under consideration in Australia, Brazil, Taiwan and the United States, so New Zealand needs to get with the programme and outlaw animal testing for cosmetics. It's cruel, scientifically out-dated and completely unnecessary as hundreds of cruelty-free companies already make beauty products without harming any animals at all."

#BeCrueltyFree New Zealand is run by Humane Society International, the New Zealand Anti-Vivisection Society and Helping You Help Animals (HUHA). Globally, #BeCrueltyFree is the largest campaign in the world to end cosmetics cruelty. 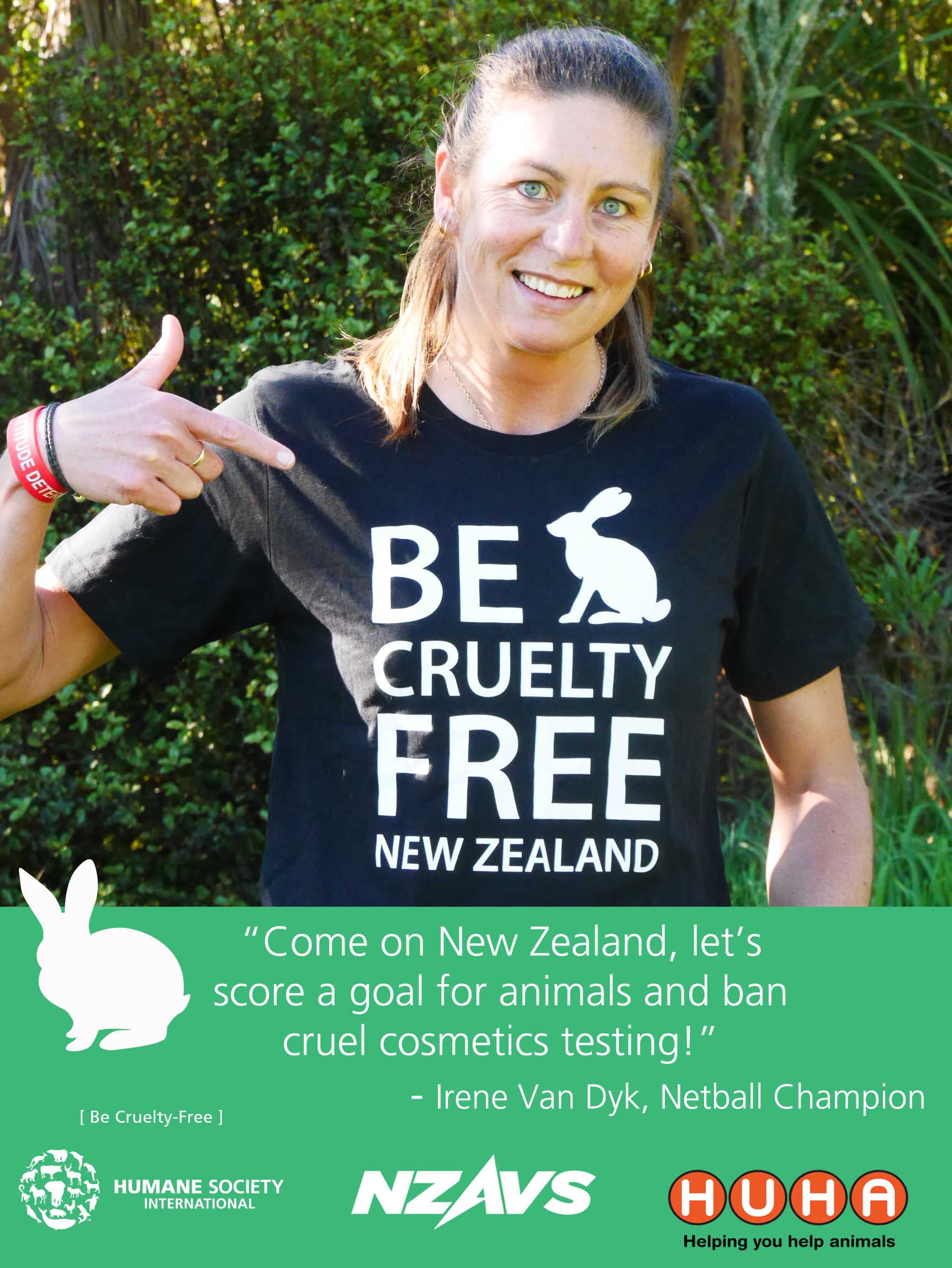