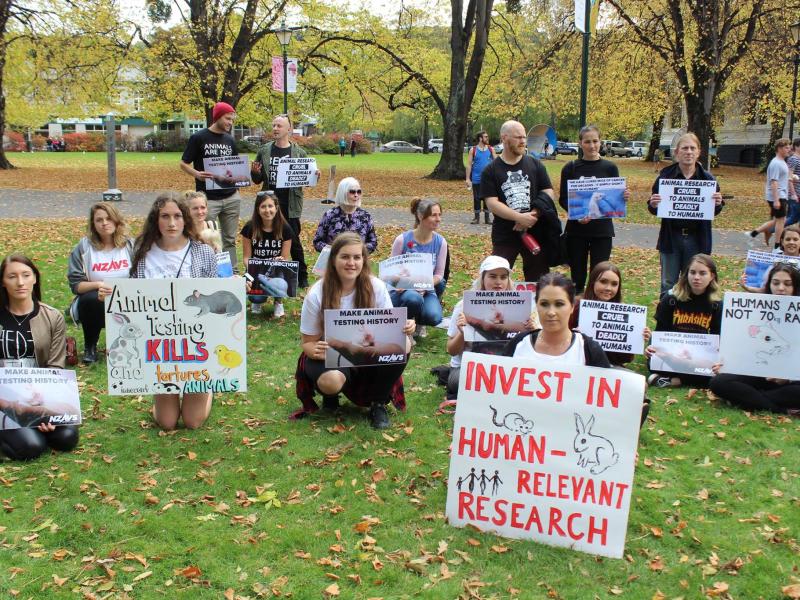 After the #StopTheOtagoAnimalLab march in Dunedin, we decided to join the March for Science New Zealand!

After our very successful 'Stop the Otago Animal Lab' rally that we organised in honour of World Day for Lab Animals, we decided to join the nearby 'March for Science New Zealand' rally that was happening on the same day!

If the video doesn't load, watch it here

The March for Science New Zealand involved scientists and science enthusiasts uniting together to celebrate their love of science and to highlight the issue around unsupportive policy changes that would affect the scientific community.

"The March for Science is a celebration of our passion for science and a call to support and safeguard the scientific community. Recent policy changes in the United States and elsewhere have caused heightened worry among scientists, and the incredible and immediate outpouring of support has made clear that these concerns are also shared by hundreds of thousands of people around the world."

March for Science New Zealand had organised nationwide rallies on the same day as the NZAVS 'Stop the Otago Animal Lab' rally. Some may have thought that this was a negative coincidence but we thought it was great! This meant that NZAVS and our supporters were able to join forces with them.

We think it is important to show a united front as we are pro-science too! Many scientists, researchers, doctors and nurses and also people in other medical and scientific roles are against animal-based research — it makes total sense that if you are pro-science, that you are also anti-vivisection.

Read the ODT (Otago Daily Times) article about the rally here . Make sure you get invited to any upcoming events by signing up as a volunteer!

See photos of this below: 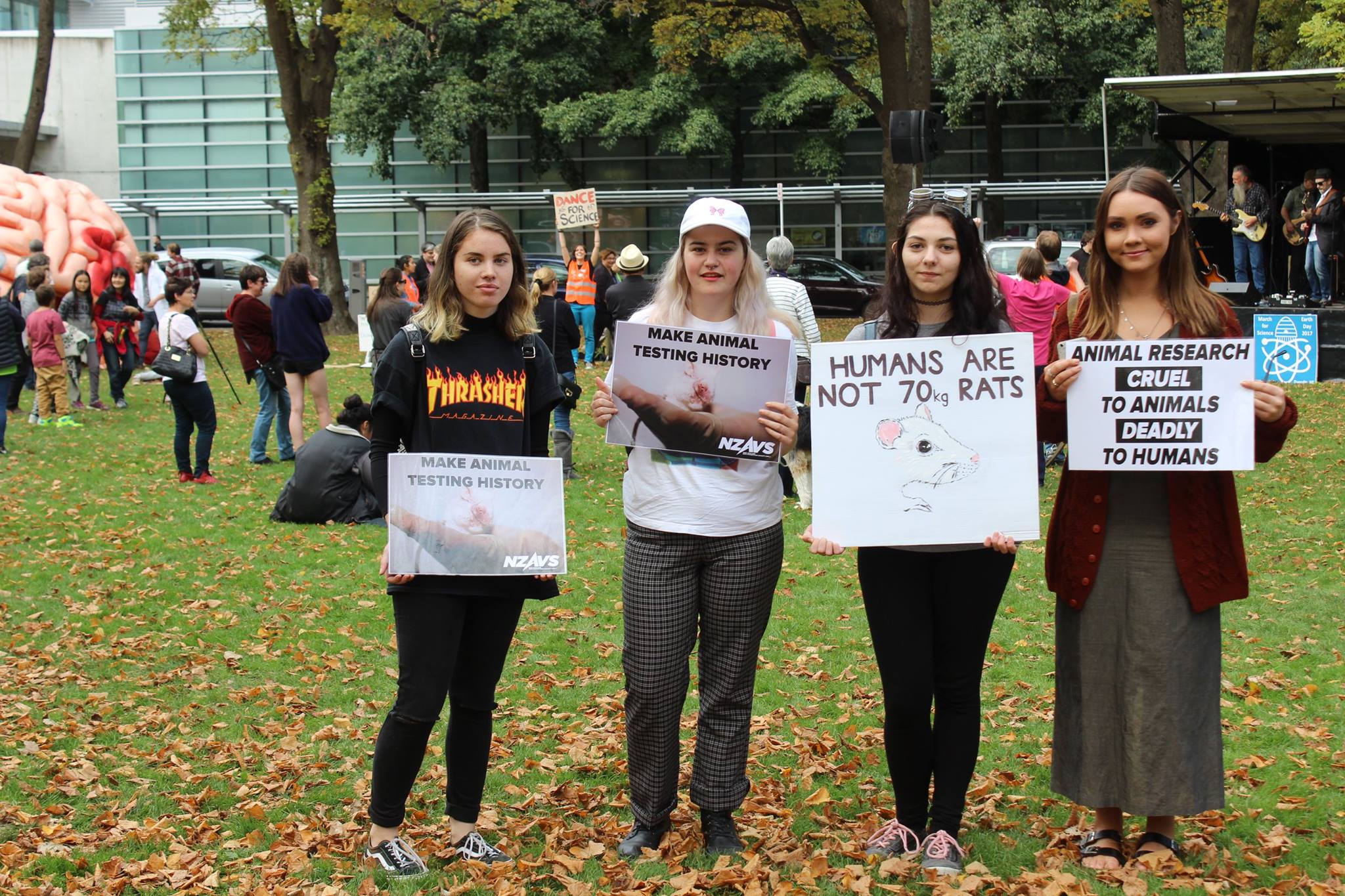