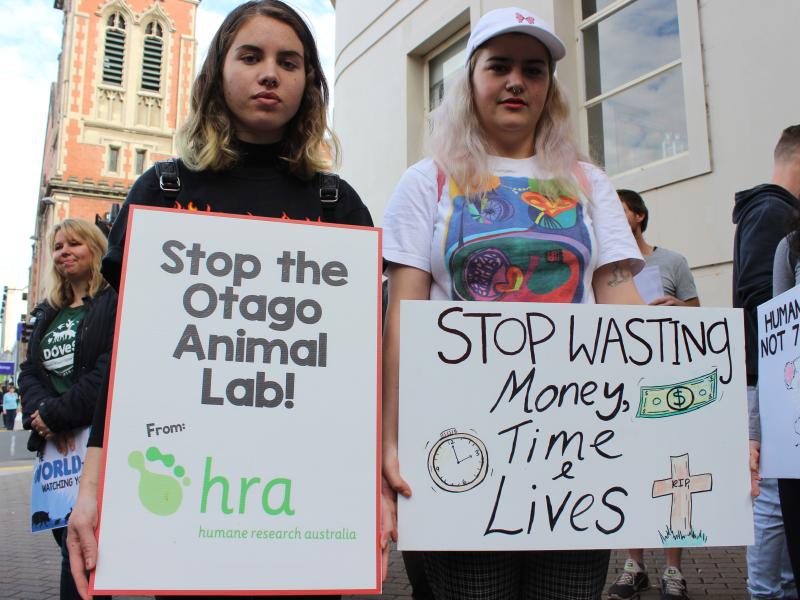 We now have organisations from all over New Zealand and the rest of the World telling us why they don't want the University of Otago to support the continuation of animal experimentation by building a new $50 million animal lab!

Today is World Day for Lab Animals (24th April) — What better day to release the many statements that we have received from organisations all over NZ and the rest of the world who support our Stop the Otago Animal Lab campaign. Read these statements here.

It is a real embarrassment to New Zealand that one of our prominent Universities is investing $50 million into animal-based research, especially in 2017.

The world is moving away from animal experimentation:

"The Dutch government aims to phase out animal testing for research on the safety of chemicals by 2025." Read more

The FDA are even considering Organs on chip for chemical and food testing: "Tiny replicas of organs, shrunk down to fit onto computer chips the size of AA batteries, could help doctors and scientists learn about how certain foods, chemicals, and dietary supplements affect the human body, the Food and Drug Administration (FDA) says."Read more here

These are the kind of announcements that we should be seeing and celebrating in 2017. Not 'the University Otago are planning on building a new $50 million animal lab.'

NZAVS want to shine the international light on the University of Otago. Although they are building the new lab behind high, blackened out walls, they will not be able to hide what is going on as long as NZAVS are around!

We are dedicated to exposing the University of Otago and letting the world know that they are investing in old, outdated and cruel research methods. Read more on the campaign and sign the #StopTheOtagoAnimalLab petition here.