DONATE NOW
Thousands of Animals Still Being Used for Research, Testing, and Teaching in NZ. 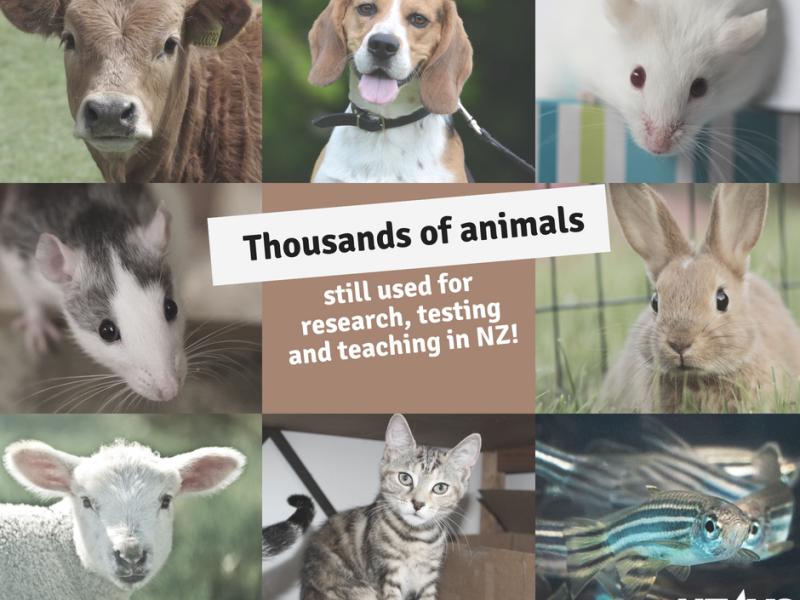 Thousands of Animals Still Being Used for Research, Testing, and Teaching in NZ.

MPI has just released their latest report on the number of animals used for animal experimentation in NZ.

The Ministry for Primary Industries (MPI) has just released their report on the use of animals for research, testing and teaching (RTT) in 2016.

This report shows that 254,453 animals were used for RTT in 2016, up 13% from the year before. However, the rolling three-year average has increased by only 4%.

These MPI reports are normally released annually and they provide a summary of the use of animals for RTT purposes in New Zealand. Read the full MPI report here.

We hope that these reports act as an important reminder to the public and highlight the fact that thousands of animals are still being used for animal experimentation in NZ every year!

The Animal Welfare Act states that individuals using animals for RTT should “replace the use of animals in teaching by substituting for animals, where appropriate, non-sentient or non-living alternatives or by imparting the information in another way.”

There are also fundamental scientific issues involved with using animal models to predict human outcomes, so the fact that thousands of animals are still used in NZ for medical research and for testing the safety of products meant for human use is concerning.

NZAVS will continue to work hard to change this and with your support, we will see juristic changes in these reports soon. You can also read more about the report here.