DONATE NOW
Nearly one thousand schools have been sent our book thanks to LUSH! 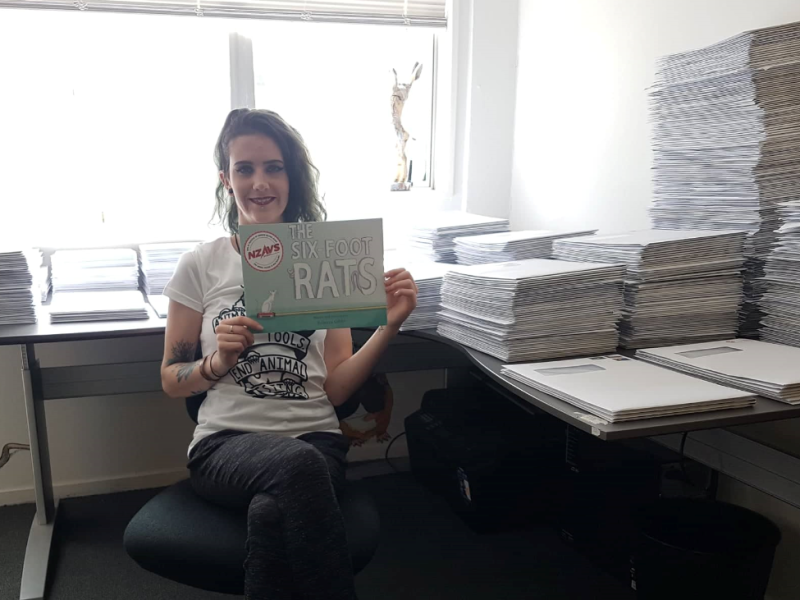 Nearly one thousand schools have been sent our book thanks to LUSH!

Due to the generosity of LUSH Cosmetics, we have been able to send 968 copies of 'The Six-Foot Rats' to primary schools across NZ.

The money that LUSH donated to NZAVS (as a Charity Pot Award) has paid for 968 books to be sent to 968 different Primary Schools around NZ — These have just officially been shipped and they are on their way to schools around Aotearoa!

All of these books have a sticker inside saying that they were donated by LUSH so children all around the country will get to know about the generosity of this values-driven company.

We were lucky enough to have the help of our Humane Education Intern, Brooke Mooney, who packaged the books up for us. This took her hours to perfect — That's her in the top image with the pile of books that LUSH funded.

Since launching our crowd fundraiser we have made an additional $4095 which means we still have $7416 to raise before we have achieved our goal - We are nearly 70% of the way there!

People who donate to this campaign are also given the option to become a part of history and have their name written on a sticker inside the book too.

Thank you LUSH for helping us educate Kiwi kids — Together we have taken one giant step forwards towards ending animal experimentation!