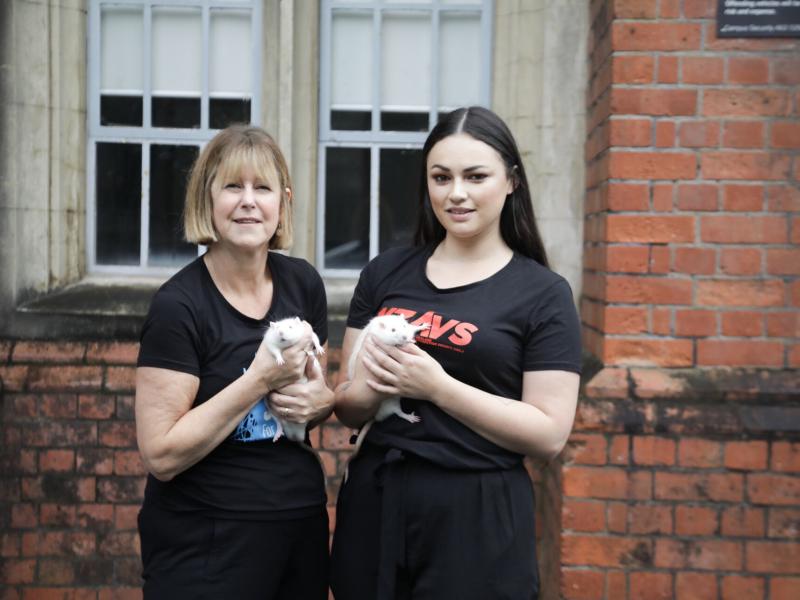 Today We Delivered an Important Message to Victoria University!

Today is World Day for Laboratory Animals! A day set aside each year as an important reminder that animals are still used for archaic and cruel animal experiments all over the world, including in Aotearoa.

On this special day, SAFE and NZAVS officially joined forces to stop the Forced Swim Test!

We've tried contacting the Vice-Chancellor already with no response. While he wasn't available to accept the letter in person, this action will make it very hard for him to ignore us! See a copy of the letter we delivered here. We are hoping to hear from Grant soon – We’d love to meet with him in person to discuss the ongoing use of this test.

We were lucky to have Felix and Veritas, two rats who were rescued from experiments at Victoria University, there to help us deliver this important letter.

Felix and Veritas acted as ambassadors for all the other rats who haven't been lucky enough to make it out of the lab alive. They returned to the university as a symbol of hope for all the animals who have been used by Victoria University in cruel tests like the Forced Swim Test.

We have evidence that the Forced Swim Test has been conducted by affiliates (i.e. staff and students) of Victoria University several times over the past five years. See a list of these publications here. We think the use of this old, invalid and cruel test taints the reputation of this “prestigious” New Zealand University. At a time where global pharmaceutical giants are turning their back on this test, a University in our very own ‘City of Sails’ is sadly continuing to use it.

We need to stop this from happening again, sign our petition asking the NZ Government to ban the use of the Forced Swim Test here.

It is thanks to our amazing supporters that we are able to take action against cruel animal tests. Many of you have put your voices behind this campaign by signing the petition, sharing the campaign with friends and whanau or even donating to this campaign! These supportive acts all help deliver a strong message to those who are approving these awful and invalid tests.

Thank you for your support, together we will stop the Forced Swim Test! See more photos from the action below. 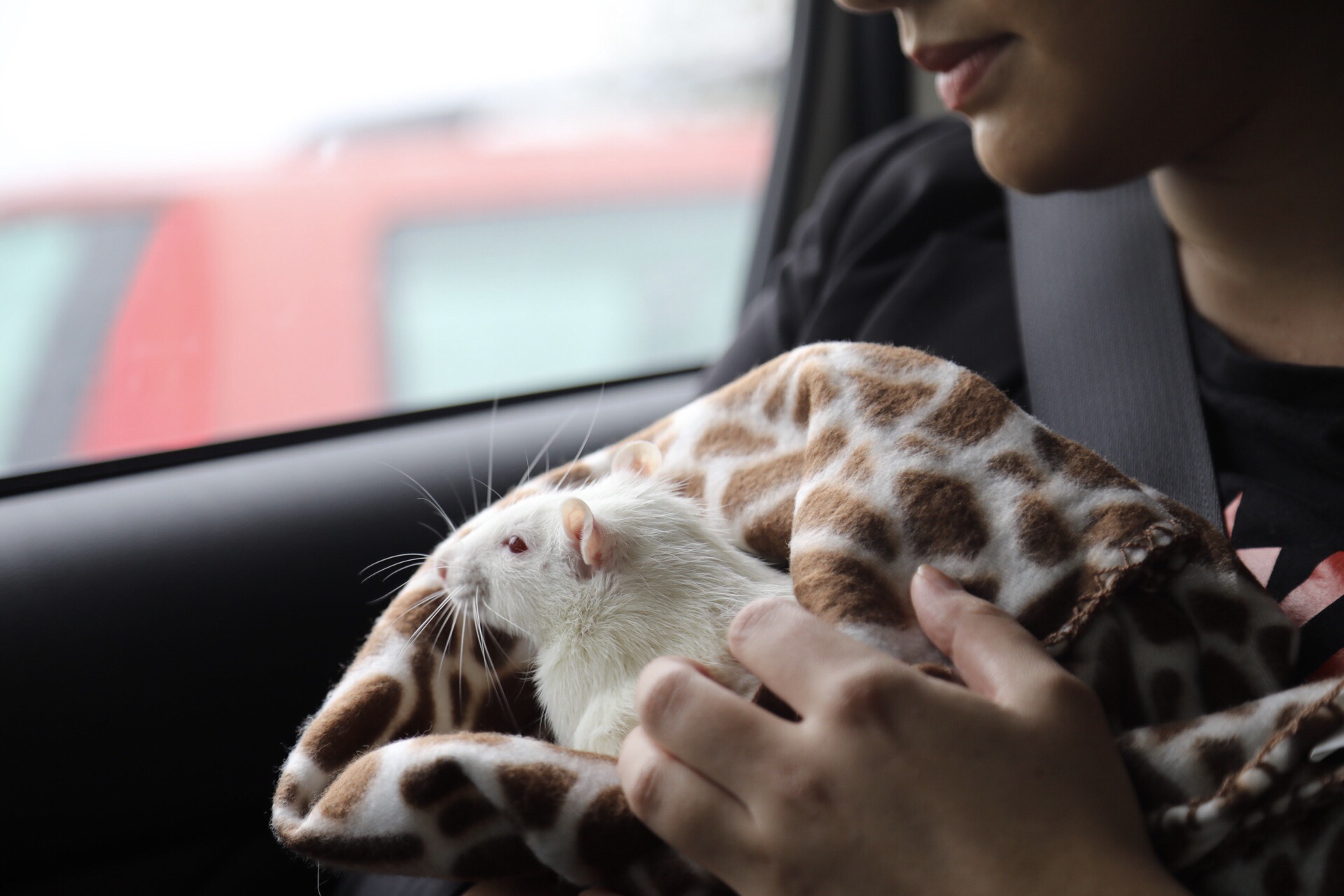 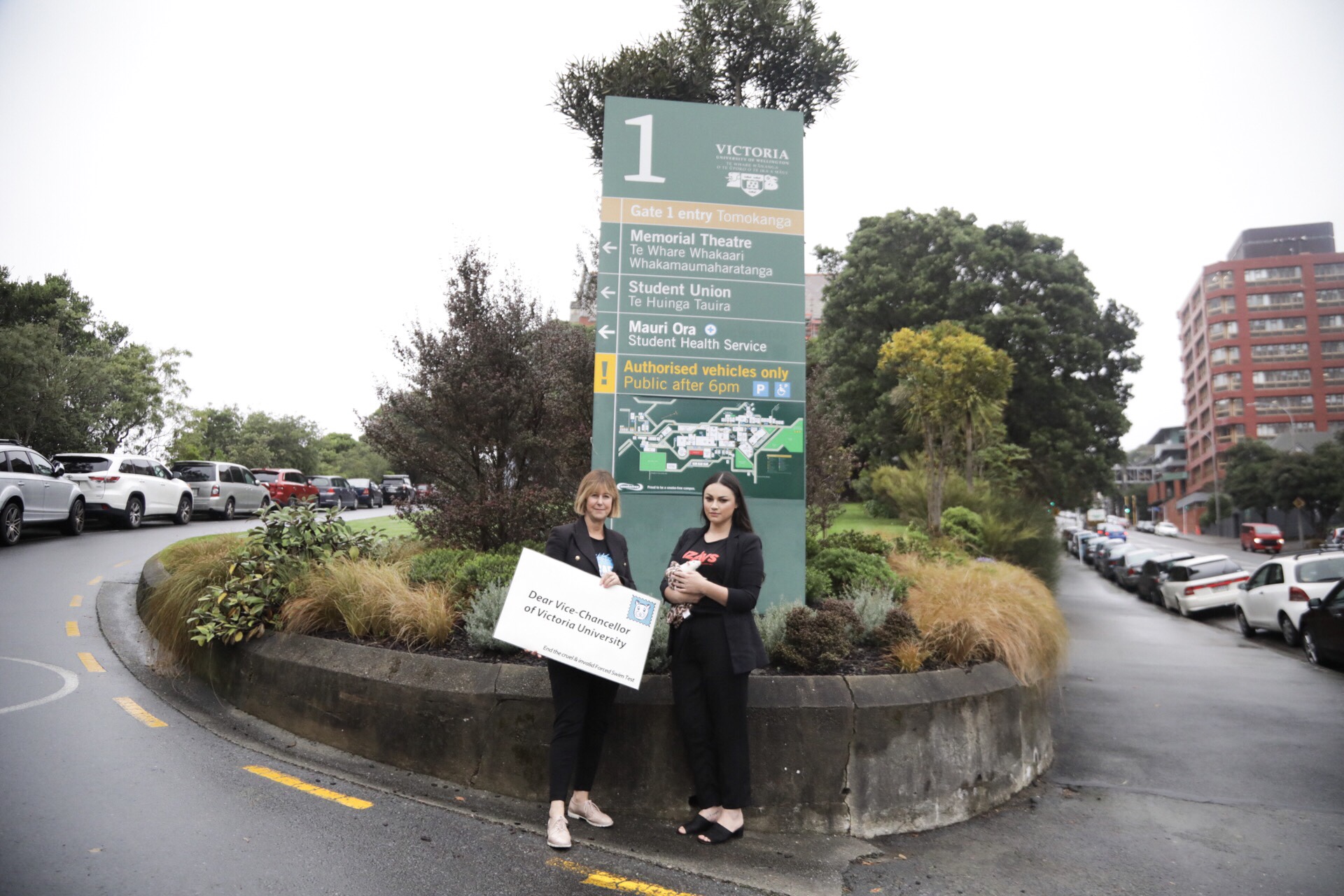 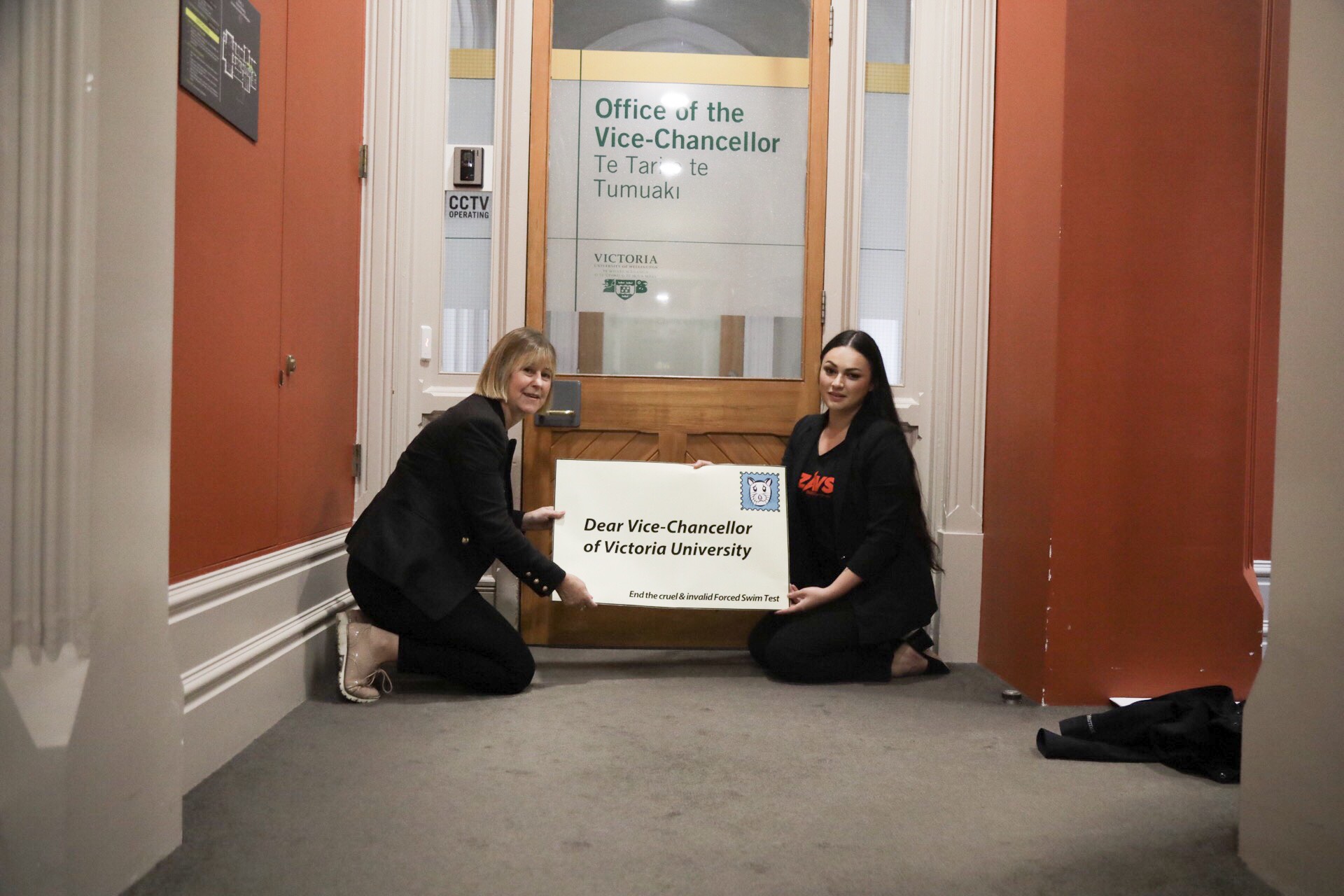 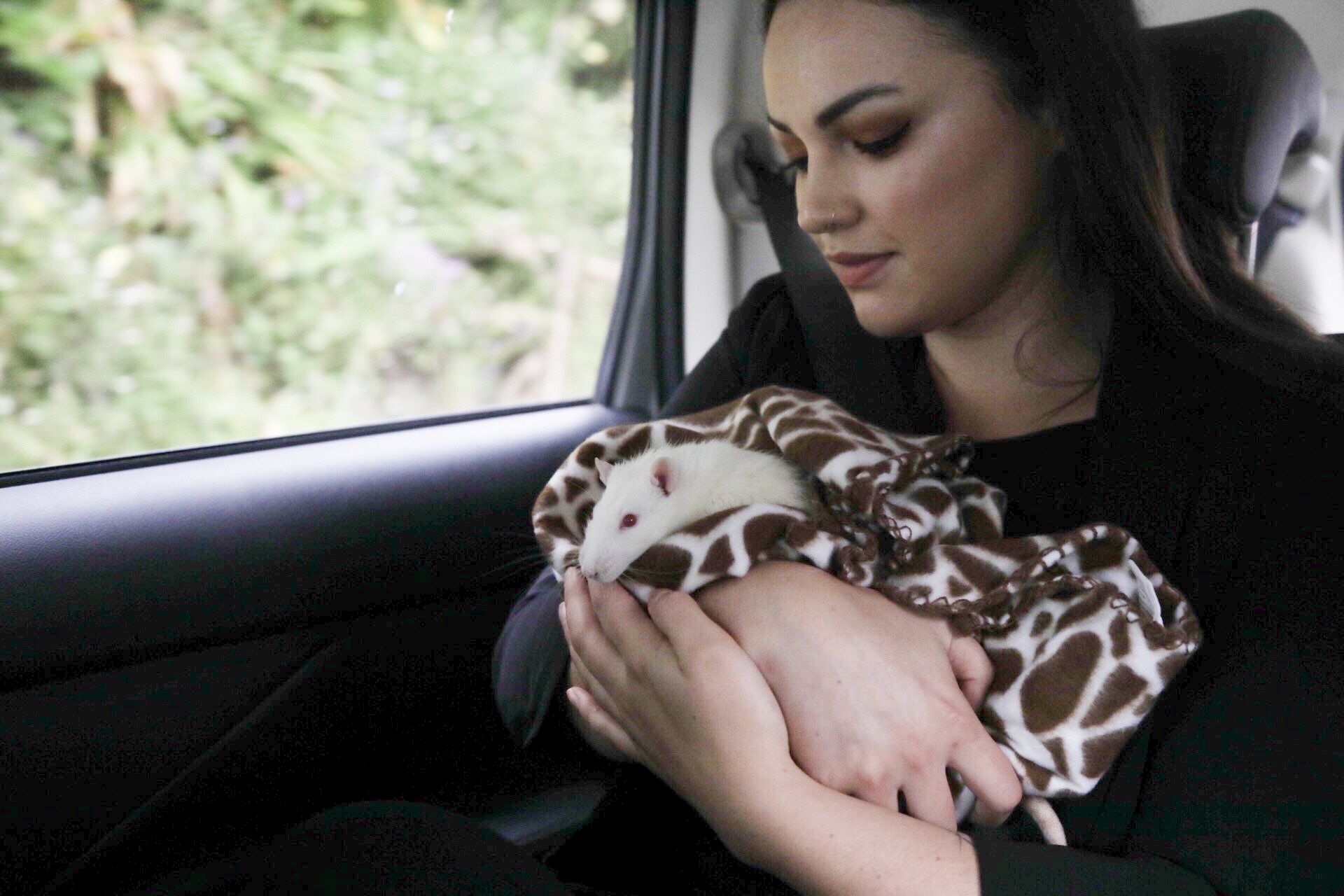