Today is Day 5 of Our Biggest Exposé Yet

It's the 5th day of our 12 Days of Christmas University of Otago exposé!

Today we are exposing an experiment on guinea pigs, where they were forced to swim in a black pool of water and later sedated and killed by having their necks broken.

This is not how animals deserve to be treated, they should be able to live a life free from cruelty — a life where they are safe and able to spend their days cuddling with their friends...

This experiment was done to try and see what the cognitive side effects of a cardiovascular medication are in guinea pigs as a way of trying to investigate side effects that had been reported in humans.

Animal testing is notoriously inaccurate at replicating human physiology, with a shocking 95% of drugs trusted in animals failing in human clinical trials.

That’s a huge failure rate and shows us that the current way we are trying to find cures for humans, isn’t working. This is because animals don't make good models of human physiology, we simply aren’t 80kg guinea pigs. 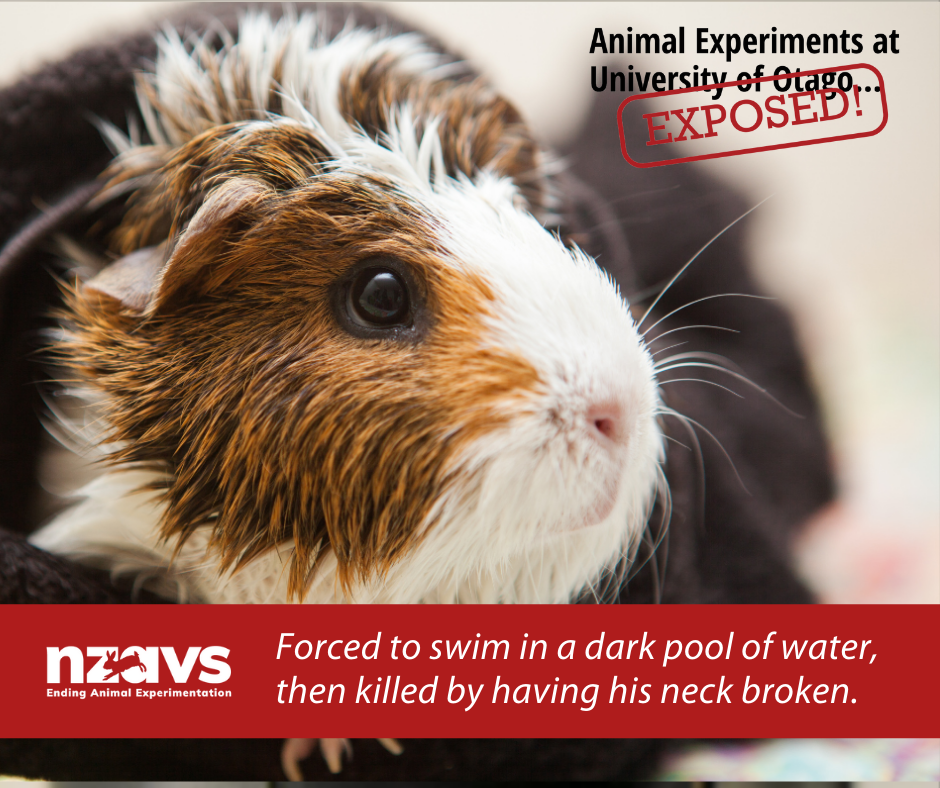 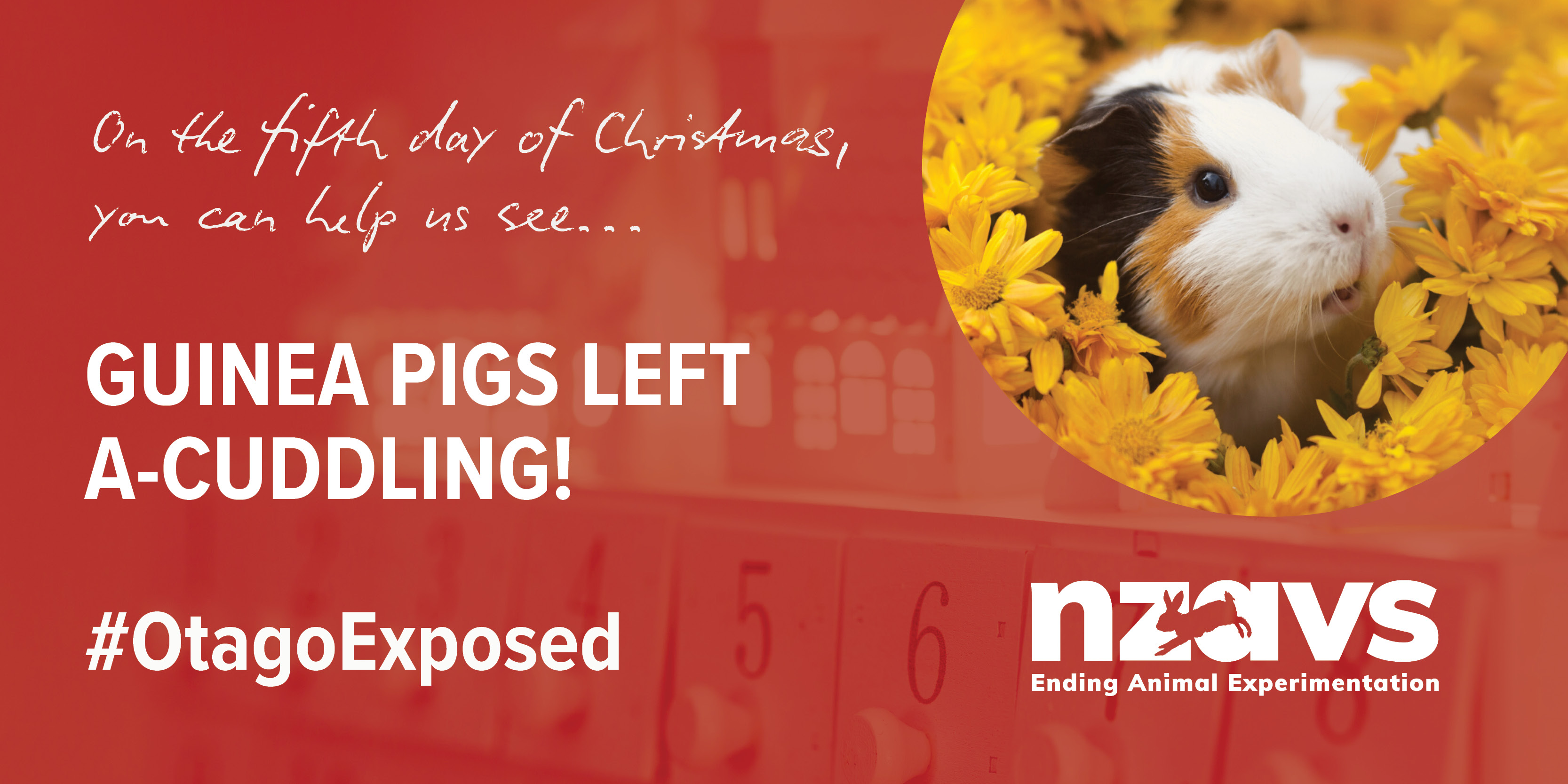