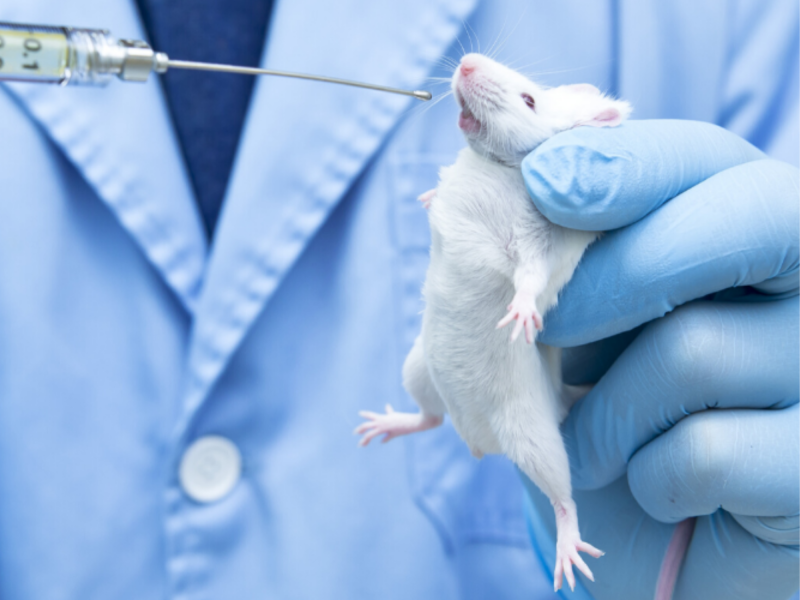 In an experiment at the University of Otago, published this year1, mice were forced to ingest drugs by a technique known as oral gavage every day for 42 days.

According to the New Zealand Anti-Vivisection Society (NZAVS), a charity that works to end animal experimentation in NZ, oral gavaging involves forcing a syringe down the throat of the animal to force contents into their stomachs.

The experiment was investigating the growth of cancer cells in mice by injecting them into the prostates of the animals. The mice were imported from Australia due to their breed being immune deficient. At the end of the experiment, the animals were killed.

NZAVS is calling for changes from the university.

NZAVS discovered the experiment after new statistics2 revealed the state of animal use at the University of Otago. NZAVS says the numbers are ‘shocking’.

The statistics for 2020 have only recently been released. In that year, 21,599 animals were used by the University of Otago alone, and a staggering 75% of these animals were killed.

An additional 57,226 were bred and killed without being used at the university. This equates to nearly 40% of the total number of animals bred, not used and killed for science, New Zealand-wide.

“Breeding animals only to kill them has worried NZAVS for some time. The University of Otago breeds and kills more excess animals than any other university in New Zealand.”

Now NZAVS is calling for the university to improve.

“The University of Otago needs to start investing in non-animal-based methods immediately. These mice are not very effective models for human health due to fundamental differences between our species. Investing in animal-free and human-relevant technologies will give better results in the long run.”

The New Zealand Anti-Vivisection Society (NZAVS) is Aotearoa's primary charity defending animals used in science. We work to end animal experimentation and the harmful use of animals in science in NZ and have been fighting to end animal testing since 1978! We're most well-known for our involvement in the renowned campaigns that successfully banned the testing of cosmetics and legal highs on animals in NZ.

Animal testing is notoriously inaccurate at replicating human physiology, with a shocking 95% of drugs trusted in animals failing in human clinical trials.