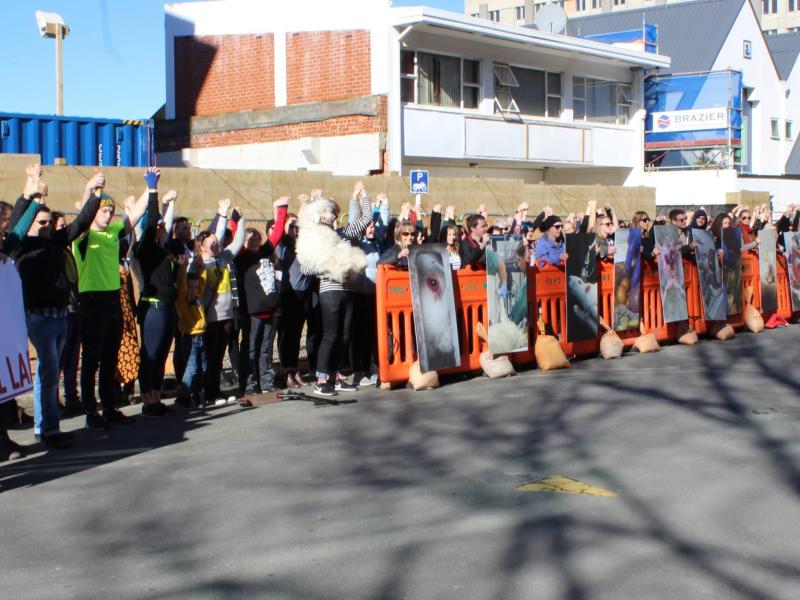 Our First Protest to Stop the Otago Animal Lab!

Saturday 13th August – We had our first protest in Dunedin to Stop the Otago Animal Lab!

Read the article in the Otago Daily Times here

We joined together because we know that there are better, more relevant and reliable research methods that we should be investing in. We were also there to represent the thousands of animals that the University plan on using, torturing and killing in the new lab once it is built.

Last year alone the University of Otago used over 13,000 animals for research, testing and teaching. Over 11,000 of these animals were killed during or after experiments.

We are at a point in time where we can look back at thirty to forty years worth of research into such medical fields as diabetes and cancer research.  We can see that using animals for this kind of research hasn’t been working.

The University’s main justifications for the new facility is that it will help further advance medical research and it will enable researchers to better care for the animals there. We know that the first claim isn’t true and the second claim is almost just as hard to believe. How can new cages that will just entrench animal-based research for longer, and prolong the suffering of thousands of animals increase standards of animal welfare?

Our supporters held signs with photographs of nine different types of animals; these represented the different animals that the University of Otago used for research, testing and teaching in 2015.

On one side the photo was of a happy, free animal, on the other side was a photo of the same type of animal being experimented on or dissected. We did this to symbolise what these different types of animals will have to go through in the new facility once it is built. We want to thank everyone who came along and supported the protest – We can’t wait to continue to Stop the Otago Animal Lab with you all! 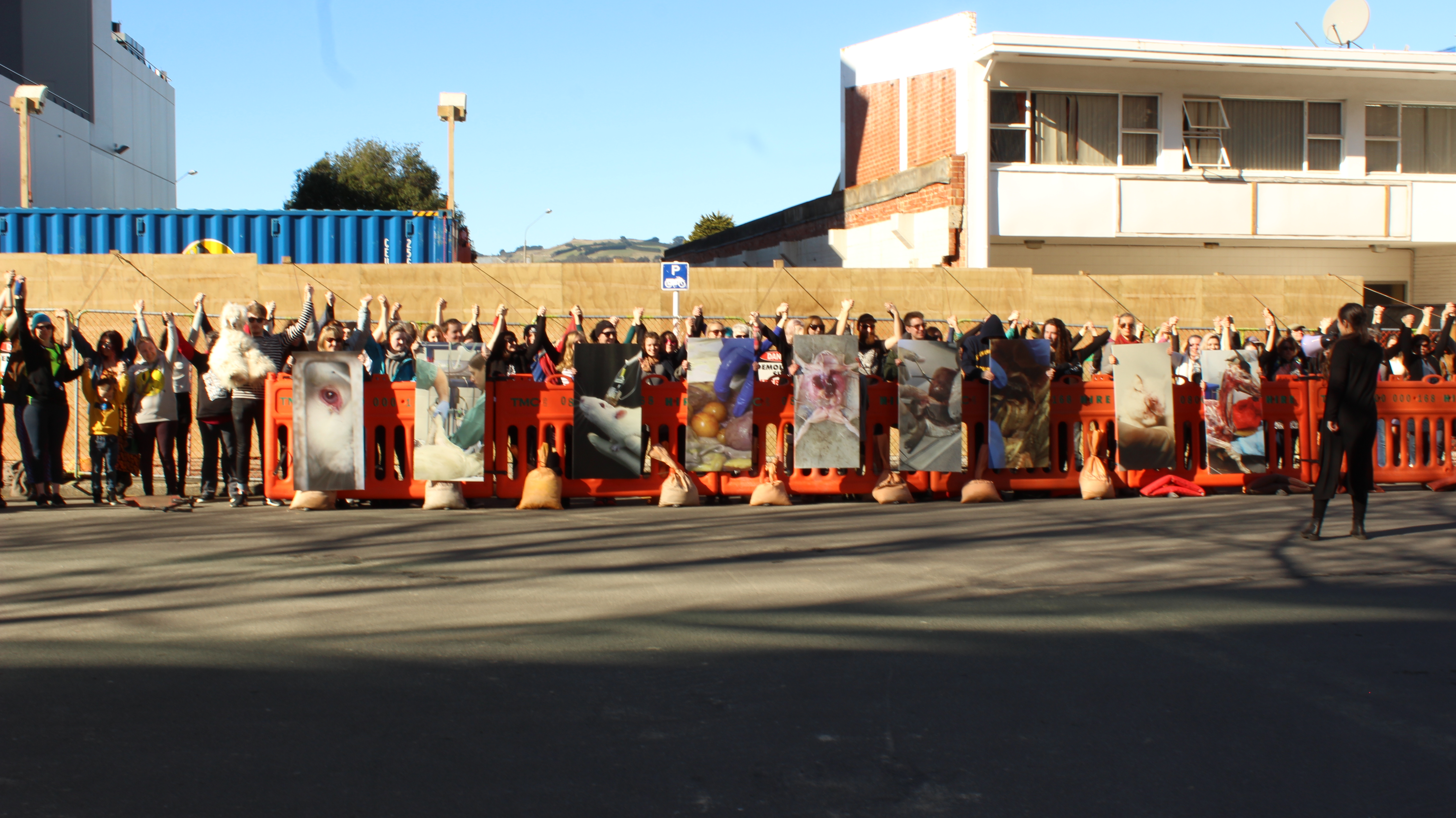 The protest helped spread awareness around this new facility and how outdated and backwards the University of Otago’s plans are. A few days after the protest in Dunedin, New Zealand First announced publicly that they are pushing for NZ to invest more in developing technologies that will enable medical research to move beyond animal testing!

As a response to the University of Otago’s plans to build a new $50 million animal lab they said:

“Technologies that don’t require live animals, or tissues from them, are what New Zealand should be focusing on.”