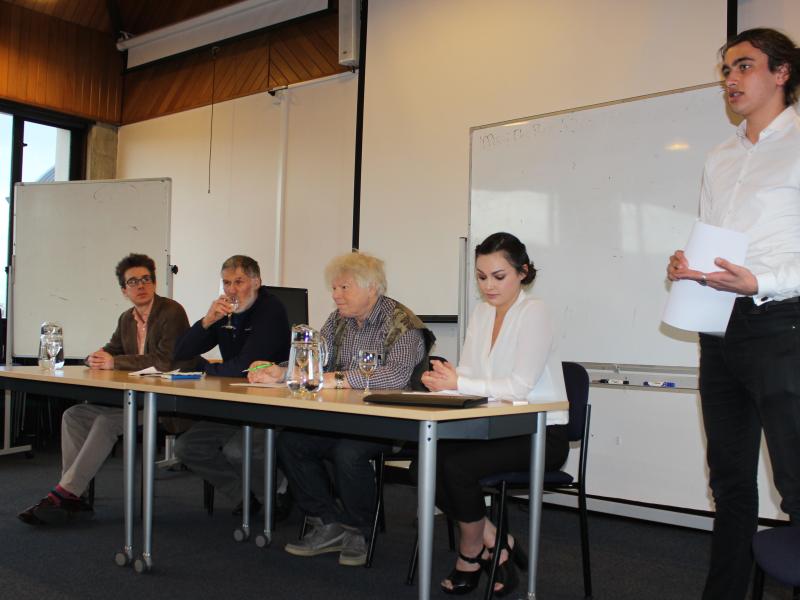 Pro and anti-vivisection advocates came together for a debate on the University's plans to build a new animals lab.

Wednesday, July 27th: The Otago Student Animal Legal Defence Fund organised an expert panel on the topic of animal research and the planned new animal lab at the University of Otago.

Marcelo Rodriguez-Ferrere (He currently teaches Public Law, the Law of Torts and Animals and the Law at the University)

Professor Grant Gillett (He currently teaches early learning in medicine, cognitive neuroscience, and graduate papers in Bioethics at the University)

Dr John Schofield (He has had a long career in vivisection and is a board member on the SPCA. He also owns Otawog, a company that specialises in equipment to restrain and anesthetise lab animals)

The discussion showed how big the opposition to the proposed new animal lab is. Opinions clashed throughout the debate and the only agreement all panel members had was on the lack of transparency that the Otago University has on animal experimentation.

It was pointed out that members of the public are unable to go in and see the current facility and that there is no public footage of experiments or of the lab animals kept inside. This is something that shouldn’t be happening If the University are truly proud of what they are doing.

It was clear however that members of the panel all share the same vision – a better future for human health. The difference is how we go about getting there. Animal-based research has already proven itself to be an unreliable method, it is obvious to NZAVS and our supporters that human-based research is the way forward. In contrast, members who were pro-vivisection wanted to keep going with animal experimentation and were willing to continue on with old, outdated methods.

The audience also got a chance to comment and ask questions. One student pointed out how important it is for the University to adopt some kind of opt out policy for students who don’t want to take part in animal-based experiments but who still want to learn and complete their degree. Many experiments are repeated each year by different students, nothing new is being discovered and thousands of animals are used in vain. This is an issue that we (NZAVS) are aware of and are currently working to change.

The panel was a great opportunity to discuss all of our many concerns with animal-based research and the new animal lab.