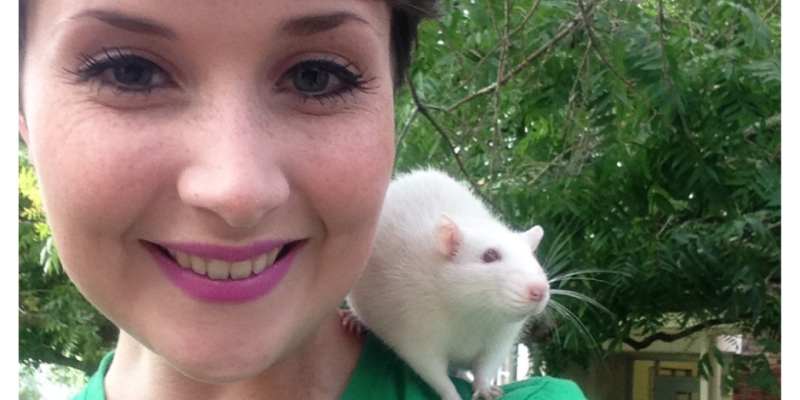 The evidence-based campaign run by the Auckland University Animal Rights Group (AUARG) was unjustifiably denied by Vice-Chancellor, Stuart McCutcheon, who also happens to be an active participant in animal experimentation...no matter how perfect their campaign was or how much support they had, the Vice-Chancellors vested interests were unfortunately always going to trump his commitment to listen to the student body.

This highlights a problem that we see in many industries where people who have vested interests and a biased opinion get given decision making and governance responsibilities. This essentially allows the industry to be self-controlled and regulated. In this case, we have a vivisector being given the responsibility of deciding on whether or not to give students the option to avoid vivisection with no academic backlash.

AUARG led a strong and inspiring campaign asking the Vice-Chancellor of the University of Auckland, Stuart McCutcheon, to agree to two simple things:

Both of these student-led requests were more than reasonable. Students should have the right to decide whether or not they want to partake in animal-based RTT; they are the ones paying for their tertiary fees and funding the entire institute. Without any students, there wouldn't be much of a university. One would expect the Vice-Chancellor to be concerned about what over 2000 students thought (the number of students who signed their petition urging the university to create an opt-out policy for students and agree to reduce the killing of animals by at least 20% by 2015).

Although we (NZAVS) do not support or endorse the 3Rs (we believe there should only be one R — full replacement) the Auckland University and the NZ Government does. The Auckland University are required to follow part 6 of the Animal Welfare Act which states that the reduction, refinement and replacement of animals must be considered. This is also encouraged by the university themselves as shown by this statement from their own Code of Conduct:

"Researchers must minimise the use of animals in research, and respect and promote the welfare of any animals that are used in research".

This means that the request of the Auckland University Animal Rights Group was aligned with the legal obligations that the university is meant to follow. The Vice-chancellor should have been applauding students for taking on this initiative.

Instead, this was his utterly disappointing response:

"I do not agree that the University should have a conscientious objection policy of the kind you propose. Section 161 of the Education Act 1989, which is concerned with academic freedom, gives the University the statutory right to regulate the subject-matter of its courses and to teach and assess students in the manner that it considers best promotes learning. In determining the content of courses and the manner in which they will be conducted, academic staff are exercising this statutory right appropriately​".

Stuart has conducted various types of animal experimentation for many years now including experiments using lambs, pregnant ewes, mice and rats. His thesis was titled "Study of some factors affecting the resistance of newborn lambs to cold-stress with particular reference to starvation and exposure mortality". This essentially involved removing newborn lambs from their mothers, soaking them in water and putting them in temperature control chambers with artificial wind and rain to examine their resistance to hypothermia.

These are other examples of the types of experiments he has led:

- Expression in liver and mammary tissue in lactating and pregnant ewes

Read more about his research here.

The AUARG campaign was full of evidence proving that students should have access to non-animal based teaching methods. Their campaign highlighted that:

You can read their full case for support here.

It isn't just us who are disappointed in Stuart's decision-making abilities. Not long ago he was accused of "Silencing staff, cutting the Faculty of Education and Social Work in the midst of a nationwide teacher shortage, and refusing to listen to serious concerns about the direction he is taking the University of Auckland". Read more here.

AUARG worked hard on this campaign. They hosted rat cuddle days where they collected petition signatures and got students to send an email to Stuart. They made and distributed posters promoting their campaign; they attained media attention and they had meetings with the Vice-chancellor and AUSA. They did everything right, and they should have won. The Auckland University should have a current opt-out policy, and we should have already seen a dramatic decrease in the number of animals killed by their institute.

In summary, it's vital that we don't blindly believe and trust that leaders and people with the power to make important decisions will make the right ones. We sadly can't trust all Universities to be doing the right thing by science, students and the thousands of animals used for research, testing and teaching each year.

Despite the biased outcome, we're proud of the work you did AUARG — Thank you!