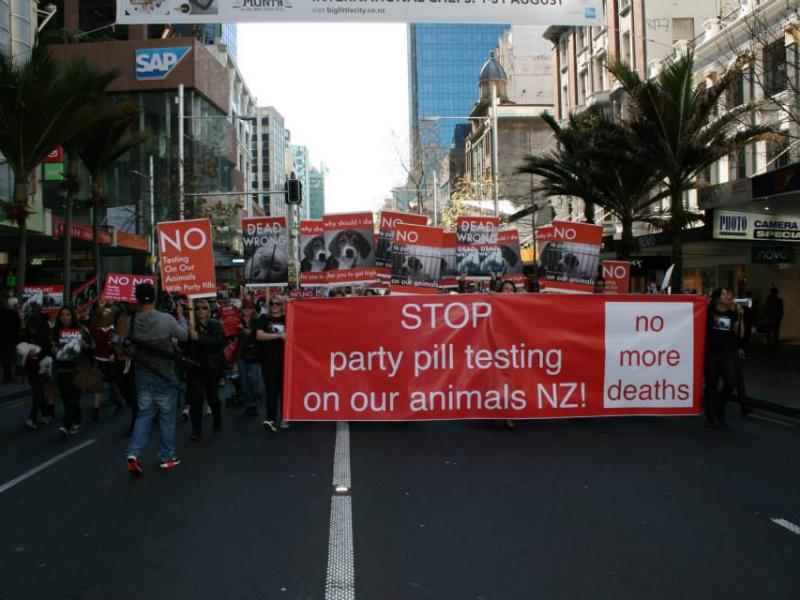 On the 26th of September 2013, the Health Select Committee formally responded to the petition we presented five months earlier with the RNZSPCA and SAFE and with support from HUHA.

Just prior to this formal response NZAVS received a letter from Dr Paul Hutchison, Chairperson of the Health Committee. Earlier they had asked for NZAVS to provide a written submission in support of the petition which we gladly did.

As the Health Committee had refused to consider all submissions on animal testing when considering the Psychoactive Substances Bill this meant they would finally have to read all the evidence against animal testing.

The Ministry of Health was also asked to provide a submission, this can be read here. While the Ministry submission failed to address the main points of our submission it did contain two major points of interest. They opened by saying there is a great deal of agreement about this issue and that they have greatly appreciated our assistance on this matter. They also stated they will be seeking the advice of Troy Seidle, Director of Research and Toxicology of the Humane Society International, following an introduction from NZAVS.

Mr Seidle has played an integral role in having the use of animal testing for cosmetics ended in Europe and the upcoming removal of the requirement for it in China and it is very likely he may do the same here.

The Ministry also notes their expectation that the issue will be dealt with by the Primary Production Committee when they consider including the proposed clause banning animal testing of legal highs to the Animal Welfare Amendment Bill. So what was the response to such a well-supported petition on such a high profile issue? An issue which saw thousands march around the country from Kerikeri to Invercargill, a petition which NZAVS submitted a detailed 54-page submission in support of.

The response was a report consisting of one paragraph of five lines, four of which were the description of the petition. The Health Select Committee reported it "has no matters to bring to the attention of the House." No attempt at explaining why or justifying their ignoring of the petition.

They have firmly passed the issue over to the Animal Welfare Act. The ball is now in the court of the Primary Production select committee.