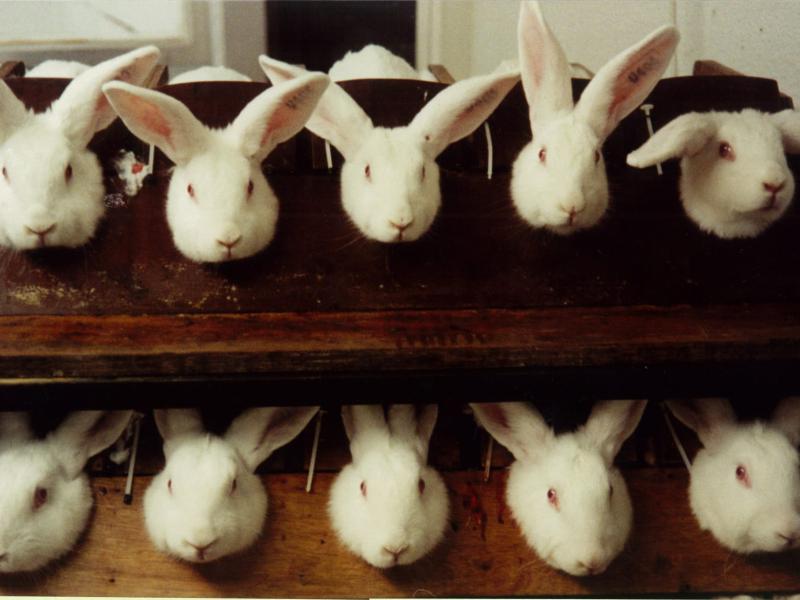 In the past, we campaigned to get the requirement for the cruel and outdated Draize Test removed from NZ Law - Here is a Progress Update.

Over three years ago, we campaigned to get the requirement for the cruel and outdated Draize Test removed from NZ Law.

On the same day that the OECD approved two new in vitro eye irritancy tests, in August 2015, Nick Smith, who was the Minister for the Environment at the time, announced that:

"The EPA intends to remove any direct reference to Draize testing in the equivalent EPA Notice."

The regulations in the Hazardous Substances Act were being shifted over to the Environmental Protection Authority and as this happened, we were told that the Draize Test requirement would be removed — A huge win for lab animals and a step closer to animal experimentation ending!

The Draize Test is an animal-based eye and skin irritancy test where a substance is placed in the eye or on the skin of an animal, typically an albino rabbit and the negative responses are recorded. This test attempts to predict potential negative effects for humans despite the many physiological, genetic, anatomical and other differences between species (for example rabbits can't produce tears). This test has never been validated against human data and is criticised by members of the scientific community.

NOW: After asking for updates countless times, three years later we finally received one. The current Associate Minister for the Environment, Eugenie Sage told us that due to time constraints, the removal of the Draize Test requirement hasn't happened yet. BUT there is a current project in place to remove any direct reference to the Draize Test which is fantastic news! Eugenie Sage has only been Associate Minister for the Environment since October 2017.

While we would have liked this change to have happened immediately, we are thrilled to hear that there is a project underway to make it happen — Thank you, Eugenie, for making sure this important change is still happening!

We will continue to keep a close eye on this until we see the appropriate changes.