IT'S DAY 10 OF OUR BIGGEST EXPOSÉ YET

For the 10th day of our 12 Days of Christmas University of Otago exposé we are sharing a truly horrifying experiment that they conducted on rats.

A lot of rats are sadly used by Otago Uni — in 2019 alone, they used over 1500 rats and an additional 10,731 rats were killed by Otago, who were bred to be used in science but were never used/'needed'. This is just further evidence of their complete lack of respect for animals lives.

In the gruesome experiment that we are exposing today, rats had a nerve in their leg surgically pinched to induce chronic pain. They were then forced to balance on a rotating drum, with an injured leg... 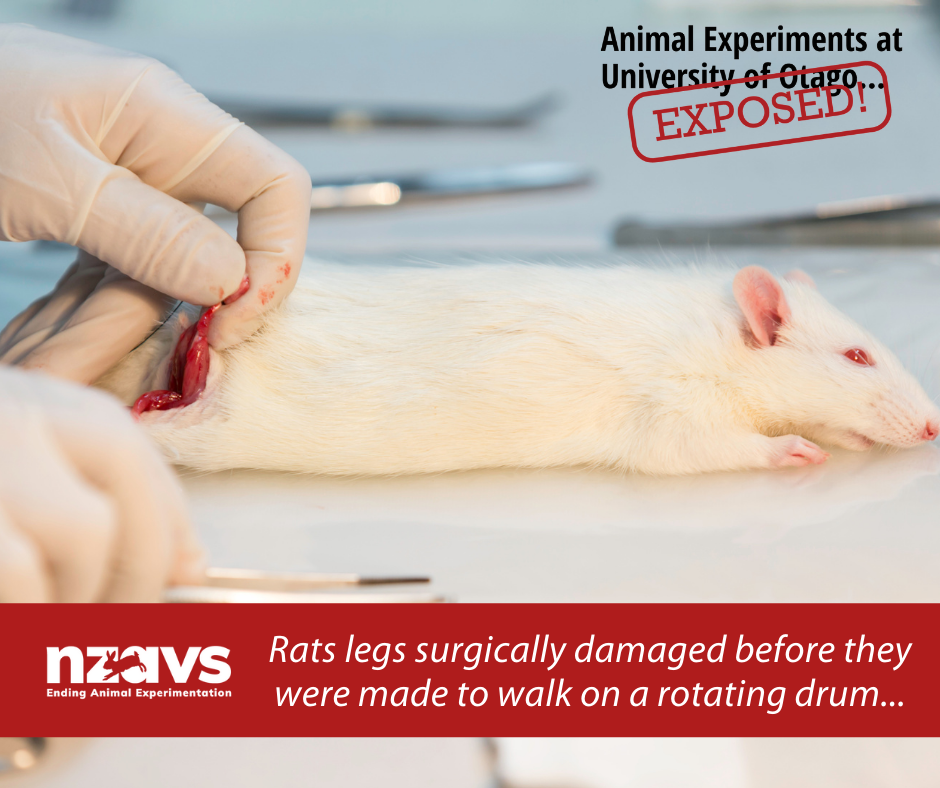 The video below is an example of what the rats would have experienced when being made to walk on a rotating drum, the main difference is that the rats in the video are healthy. The rats in the study we are exposing had had a pinched nerve in their hind leg for 10 days, but still had to do all that balancing.

This was all done to try and test the effectiveness of potential pain relief medicine on rats. Chronic pain is such a complex issue that using the ‘animal model’ is not likely to teach us much. Inducing pain in a rat via surgery is simply not the same as humans who are experiencing chronic pain!

At the time of the study it was evident that there are better ways; for us and for the animals, yet Otago Uni still continued on with using outdated and cruel animal tests. 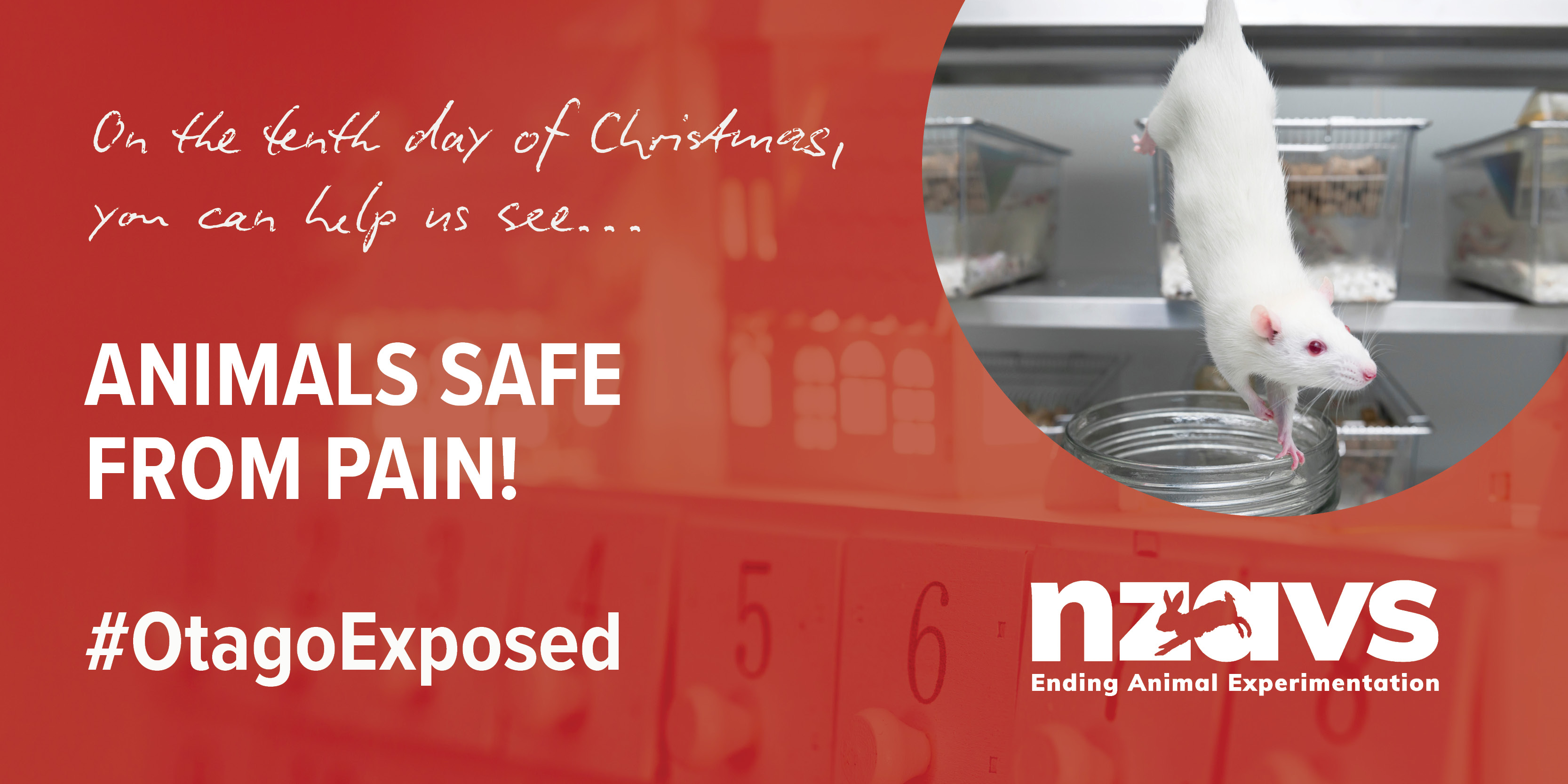