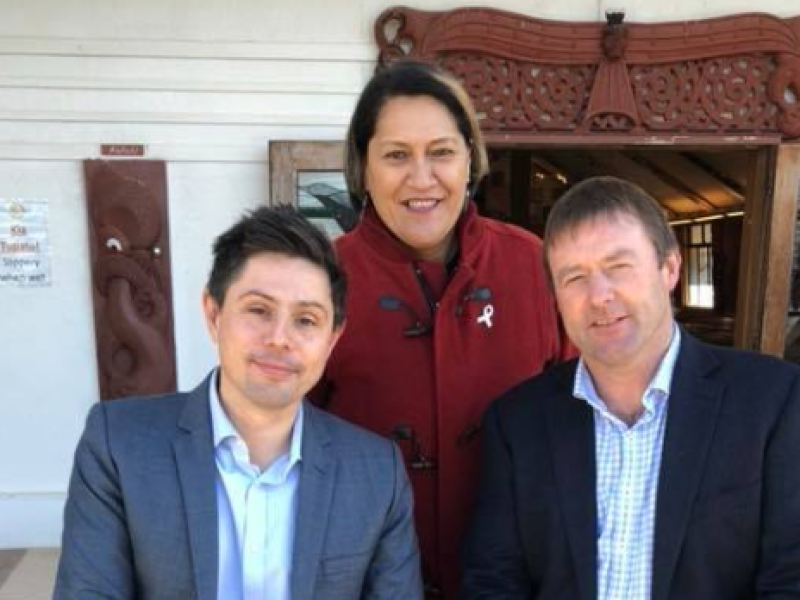 On the 8th June 2018, the new Associate Minister of Agriculture, Hon Meka Whaitiri held a hui for animal advocacy groups and individuals at Manurewa Marae in Auckland.

Our Executive Director, Tara Jackson attended the hui and was given the opportunity to give a speech to the Minister about the important issue of animal experimentation. Listen to her speech here. She starts speaking at time 2:10:36.

According to MPI, the aim of the hui was to give animal advocates an opportunity for direct and open dialogue with the Minister, and for them to hear from Government coalition partners, Gareth Hughes (Green Party MP) and, Mark Patterson (NZ First MP).

Sixty-six people attended the hui and together they represented a wide range of animal-related issues, from rodeo and factory farming to animals being used for entertainment and animal experimentation.

At the end of the hui, the Minister highlighted the key areas she would like to focus on:

- an independent body for animals;

- greater transparency across the animal welfare system, including MPI, SPCA, NAWAC, NAEAC and animal-based industries; and

- resourcing issues, including for MPI and SPCA inspectors, and animal rescue and shelters.

The Minister agreed to report back to hui attendees by the end of June and include a draft plan for comment. We were pleased to see the Minister follow through with this promise and on the 28th June, Meka released her plan to start implementing some of the many needed changes for animal welfare in NZ.

This plan, titled Framework for Action on Animal Welfare addresses many of the concerns brought up at the hui and it is focused on the following points:

Read more about this and access the Framework for action on Animal Welfare in NZ here.

We are most excited to see the following mentioned in the Framework for Action on Animal Welfare summary:

Identify animal welfare information collected by MPI that can be reported and make it publicly available. Encourage stakeholders to do the same.”

We will be following up with the Minister to find out if a formal review is going to be done on Part 6 of the Animal Welfare Act (the part that relates to the use of animals for research, testing and teaching). We fully encourage this happening and we would like to be a part of the review process.

The Minister also needs to be informed of the many issues involved with the 3Rs (A set of guidelines designed by the industry for the industry where they promote the reduction, refinement and replacement of animals for research, testing and teaching). You can read more about the 3Rs here.

- The minimum number of animals required for research, testing and teaching is zero

- Refined techniques of research, testing and teaching would be non-animal based, *always

- Non-animal based methods of research, testing and teaching should be used at *all times

(*there are very few exceptions i.e. doing non-invasive observational studies on animals in their natural habitat).

The 3Rs are mentioned specifically in the Animal Welfare Act:

Part 6: Use of animals in research, testing, and teaching

The other purposes of this Part are—

to replace the use of animals in teaching by substituting for animals, where appropriate, non-sentient or non-living alternatives or by imparting the information in another way.

The 3Rs are also promoted in the Good Practice Guide for the use of animals in research, testing and teaching written by the Ministry of Primary Industries (MPI) and the National Animal Ethics Advisory Committee (NAEAC).

We will also highlight further how hard it is to access information on animal experimentation in NZ, including information gathered by MPI. For example, we recently had to pay $270.80 to obtain copies of the animal use forms from 2017.

We are looking forward to seeing the proposed changes become a reality and we hope that Mekas Framework for action on Animal Welfare in NZ is a solid plan that will be followed adequately (and in a timely manner).