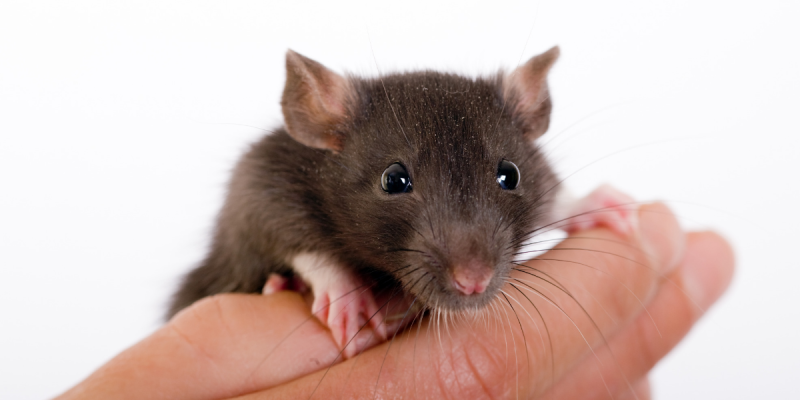 Problems with the Animal Model

Mice, rats and other animals are not accurate models for predicting the human response. This statement is backed by scientific evidence.

Due to the large number of differences between species, including genetic, physiological, metabolic and psychological, animal-based research is far less reliable than flipping a coin! In reality, animal models can be used only as analogies for human systems.[i]

Different species often react differently to the same drugs or treatments. Penicillin is a great example.

- Metabolised too quickly in rabbits[iv]

With such a variety of reactions to penicillin in many different species, how do we know which animal model will be predictive for humans? The answer is simple, we don't! This is one of the many issues in using animals to model human responses. Human-relevant research would provide a much more accurate result.

Only 5 in 5,000 compounds that enter preclinical drug safety testing make it to human trials, and only 1 of those five may be proven to be safe and effective enough to reach pharmacy shelves. This is a success rate of 0.02%.[vi]

More than 9 out of 10 drugs deemed successful in animal tests fail in human trials.[vii] That’s a staggering 95% failure rate. Any other industry that boasts a 95% failure rate would be considered absurd.

This has also been acknowledged by the US FDA -“Currently, nine out of ten experimental drugs fail in clinical studies because we cannot accurately predict how they will behave in people based on laboratory and animal studies," Mike Leavitt, former Health and Human Services Secretary US Food and Drug Administration 2006.[viii]

One study published in the prestigious journal Nature in 2012, sent shockwaves through the scientific community. A team of highly respected researchers declared that they had been unable to reproduce the findings in 47 of 53 "landmark" cancer papers.[ix]

In 2003, a landmark study closely examined 25000 articles published in leading science journals. It measured the translation rate of basic research into clinically useful treatments. The result was astonishingly low: 0.004 percent, to be precise.[x]

The poor predictive value that animal models have has three main negative impacts on people and science.

Results from animal-based research are misleading when they are applied to humans and can lead to adverse effects in human clinical trials.

Unfortunately, these unforeseen side effects can even be fatal to people. Adverse drug reactions that weren't predicted in animal trials have been recorded as the 4th-6th leading cause of death in US hospitals.[xviii]

2. Misleading results from animal-based research may cause us to discard treatments that could help humans

3. Human patients will continue to suffer while time, money and other resources are wasted on animal-based research

The average cost to develop a new drug is USD 2.558 million,[xxiv] and if proven effective, can take 12 years to reach human patients.[xxv]

Time and time again, misleading results from animal-based research have resulted in findings that aren’t useful for humans. No wonder it takes so long and costs so much to get a useful drug onto shelves.

To help humans, resources being wasted on invalid animal experiments needs to be redirected to relevant and accurate human-based research methods!

[ii] Robert H. Green, “The Association of Viral Activation with Penicillin Toxicity in Guinea Pigs and Hamsters' Yale Journal of Biology and Medicine 3 (1974): 166-7.

[v] Greek, R., & Shanks, N. FAQs About the Use of Animals in Science: A handbook for the scientifically perplexed. 2009.

[xiii] Stephen H. Curry, “Why Have So Many Drugs with Stellar Results in Laboratory Stroke Models Failed in Clinical Trials? A Theory Based on Allometric Relationships,” Annals of the New York Academy of Sciences, 993 (2003): 69.